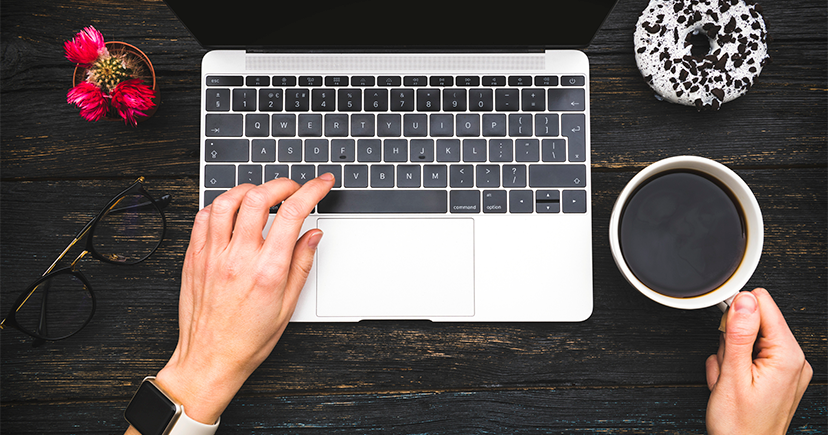 English is weird. In what other language could you shed a tear over a tear in your shirt, produce produce in a garden, close the close door, or present a present to your boss?

Writing is one of those things that just seems to come more naturally to some people than others. Just as a person might be a math whiz, have an ear for music or display natural athletic abilities, others simply have a way with words.

That being said, even the best writers are prone to making a typo every once in a while. And, while a small grammatical error won’t necessarily ruin your business or destroy your bottom line, it can certainly tarnish your brand reputation and lower someone’s perception of you and your company. Help build trust in your brand by not confusing these 20 commonly misused and misspelled business words:

Also not to be confused with someone’s ability to see (i.e., sight), a site refers to a place where something is located, such as a website or jobsite. On the other hand, cite is used as a verb whenever you reference something as an example or source.

Examples:
“You can find that information on our site’s homepage.”
“Whenever you use data from a report, make sure you cite your sources.”

Examples:
“The color of your outfit complements your eyes.”
“Thanks for the nice compliment.”
“Receive a complimentary cup of coffee with any purchase!”

The word “Capitol” is a proper noun that’s used to describe the U.S. Capitol building in Washington, D.C. In addition, a state legislature building located in the capital city of a U.S. state may also be called a “capitol,” but only the building in Washington D.C. is spelled with a capital C. For any other uses of the word (in this case, specifically the one referring to financial assets), use capital.

Examples:
“The United States Congress is located on top of Capitol Hill.”
“The capital city of Wisconsin is Madison.”
“We have a lot of capital invested in their business.”

Examples:
“My stock broker advised against investing in that company.”
“I took the doctor’s advice and stayed home from work yesterday.”

6. Everyday vs. Every Day

Examples:
“The corner grocery store is known for its everyday low prices.”
“Bill stays active by going for a walk every day on his lunch break.”

When spelled with an “al,” principal is both a noun and an adjective. As a noun, it refers to the sum of money that is invested or borrowed, on which interest is paid. As an adjective, it means “primary,” but it can also be used as a noun to refer to a person in charge (e.g., the principal at school). When spelled with “le,” principle is a noun that refers to a basic rule, law, standard or belief.

Examples:
“The buyer only made the minimum payment, which wasn’t enough to reduce the principal.”
“I was sent to the principal’s office for disrupting class.”
“Our CEO is a man with strong, moral principles.”

Though these words sound similar, both have completely different meanings. Perspective is a noun that refers to the angle from which something is viewed; prospective is an adjective that means “likely to happen or become.”

Examples:
“From my perspective, the new safety measures are a positive change.”
“Steve tried nurturing his prospective clients with special offers and discounts.”

Both words are closely related, yet each carries its own distinct meaning. When economic is used, it’s an adjective that simply means “relating to economics or the economy.” When the adjective economical is used, it means that something saves money or resources.

Examples:
“The Governor is expected to speak about the current economic situation in our state.”
“Riding your bike to work is healthier and more economical than driving.”

Of all the words on this list, none are more misused than i.e. and e.g. (a mistake I catch myself making more often than I care to admit). Both terms are Latin abbreviations: e.g. stands for exempli gratia, or “for example,” and i.e. stands for id est, and roughly translates to “that is” or “in other words.” To help keep the two separate, use i.e. when you want to clarify what you just said, but use e.g. to help make a finite list of examples.

Examples:
“Go to OfficeMax to get supplies for the proposal (e.g., pens, paper, binders, folders).”
“I enjoy giving presentations (i.e., talking with a prospect about ways our company can help save money) and I’m comfortable presenting to large groups.”

When words are closely related and only one letter separates them, it’s easy to forget their proper uses. The word affect is typically a verb and refers to having an impact on or influencing something else. Effect, on the other hand, is typically used as a noun and can be the result of having been affected. It is sometimes used as a verb when wanting to bring something about or using an influence to make something happen.

Examples:
“The manufacturing sector is being affected by the labor shortage.”
“The tariffs had a negative effect on the price of soybeans for farmers.”
“He was determined to effect change in his company’s workplace culture.”

This is a tricky one because all three words are verbs and sound almost identical. Having worked in the insurance industry, the proper use of the word insure was constantly drilled into my head. Insure always refers to providing insurance coverage. Ensure means to “make sure” something happens. Let’s not forget the word assure! This word refers to removing doubt or making a promise, as in assuring someone that you’ll get your work done.

Examples:
“It’s important to adequately insure your business property.”
“The safety team must ensure that proper protocols are in place.”
“I can assure you that all the deliveries went out on time.”

When used as one word, into refers to something or someone moving toward something else or “into” something. It helps to ask yourself, “Where is this going?” When used as two words, in to is generally short for “in order to.” If you can’t insert the word “order” in between the two words, then it’s a safe bet to use one word.

Examples:
“Put your money into the envelope for my daughter’s fundraiser.”
“Don’t forget to go into work early tomorrow.”
“The client is coming in to sign the proposal.”

When you’re referring to a literal physical distance, as in someplace that is far away, use farther. Its counterpart, further, is considered metaphorical or figurative. (Here’s a trick I use to remember this one: A is for Actual distance!)

Examples:
“The drive to the client’s office was much farther than I anticipated.”
“I didn’t feel I needed to take the conversation any further.”

When you receive a gift, you accept it. You can also accept a belief. The word accept is always a verb. When you wish you received a different gift or no gift at all, however, you wish you’d had an exception. The word except refers to something that is excluded or omitted.

Examples:
“I need to accept the fact that the promotion wasn’t meant to be.”
“The contract looks like everything’s in order, except there’s no signature.”

The word counsel can be used as a verb or a noun. When used as a verb, it refers to offering or giving advice, whereas its noun form is the actual advice that was given. Council is a noun that refers to a group of people who meet regularly, usually in some official manner.

Examples:
“I counsel teenagers on a volunteer basis.”
“My lawyer provided counsel about how to proceed.”
“The town council is meeting to discuss the ordinance.”

They sound like they’d have similar meanings, but they’re actually opposites. To imply is to strongly suggest or hint at something to make a case. To infer is to make an educated guess or attempt to figure something out. Imply denotes some certainty, whereas infer has uncertainty.

Examples:
“The customer implied that he was unhappy with the damaged product.”
“Based on her attitude, we inferred that she wasn’t interested in the job.”

Full confession, I still find myself typing this one into Google. The easy version of lie is when it’s referring to an untruth. Where it gets confusing is when you use it in reference to placing or setting an object because, depending on if you use present tense versus past tense, it can make a difference. In the present tense, I think the best explanations is given by Grammar Girl: You can lay something down, but people lie down by themselves. Using one of the words in the past tense, however, is tricky because the past tense of lie is lay. To add to the confusion is that there are other forms of the word that can be used: lain and laid. Typically, when used in the past tense, you’ll want to use lay, lain or laid. See why I keep having to look it up!

Examples:
“I cannot tell a lie.”
“I’m not feeling well and am going to lie down.”
“Just lay the book on the table.”
“I laid the report on your desk last week.”
“Last week, the box lay in the middle of the hallway.

If you’re suspicious or wary of something, you are leery of it. The word is an adjective that refers to an uneasy feeling. Unlike other words that are similar, leery and leary actually mean the same thing. However, leary is the nonstandard form of the word and isn’t typically used anymore. Many dictionaries don’t even include leary, and leery has been the standard for more than 100 years. If it wasn’t confusing enough, when typing into a Google doc, it suggests that leery is spelled incorrectly while Microsoft Word indicates that leary is the incorrect spelling. Ironically, if you search Google, the results clearly show that leery is the better option. Silly Google.

Example:
“He was leery of the silence in the room.”

The word queue can be a noun or a verb and is of French derivation. As a noun, it refers to a lineup of people or things. In its verb form, a queue refers to the action of lining those people or things up. Cue can also be a noun or a verb. As a noun it is a signal or directive. As a verb it is the action of signaling or directing. Let’s not forget that cue can also refer to a piece of sporting equipment, most often used in billiards.

Examples:
“He placed the parts in the queue for production.”
“Jim queued the group of attendees waiting to enter the room.”
“Take a cue from me; use this grammar guide to help improve your business writing.”

Though none of these typos will ultimately make or break your bottom line, using words correctly is essential to maintaining your position as an intelligent thought leader. Not only can typos distract the reader from the actual message you’re trying to convey, but they also chip away at your brand’s credibility and reputation. Use this post as a guide if you’re unsure about the proper spelling and use of any of these words, but don’t be afraid to do what I do when in doubt — just ask Google!

This post was originally published in 2014 and has been updated and expanded for 2019.

Weidert Wednesday: When and How to Redesign Your Inbound B2B Website

8 Signs It's Time to Upgrade to HubSpot Enterprise

Posted by Tammy Borden
Tammy Borden is a copywriter at Weidert Group. With a lengthy background in insurance marketing and nonprofits, Tammy has in-depth knowledge of digital content creation and writing for a variety of industries.