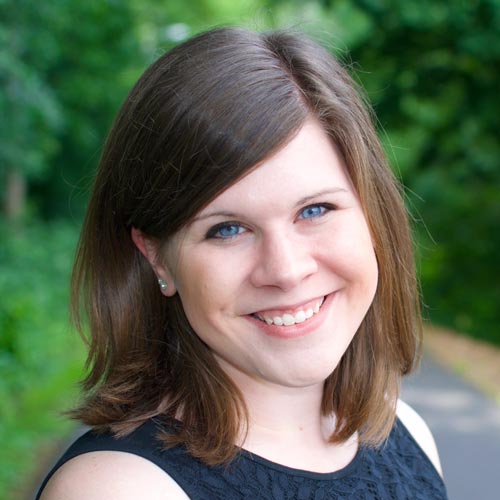 Posted by Laura Sheptoski on October 8, 2014 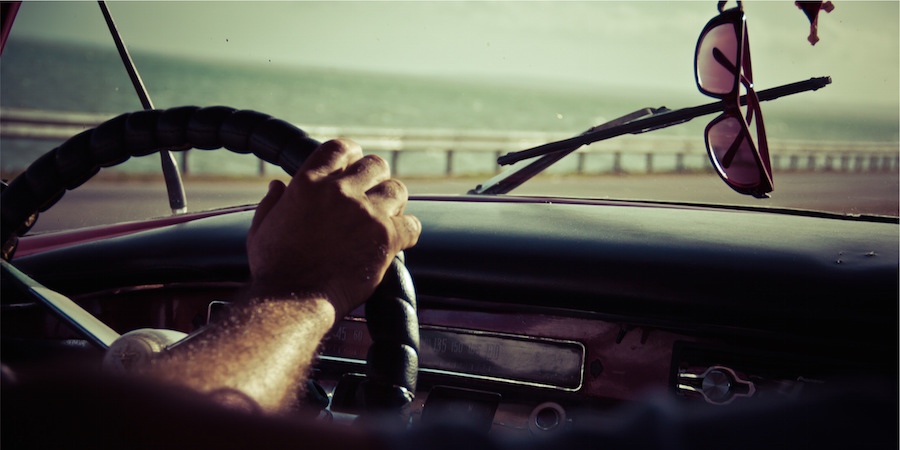 I remember the first time I got flipped off while driving. I was on the open highway, cruising along at my safe pace of 68 miles per hour and was lost in the music on the radio. I must have passed a car earlier and then forgot to get out of the left lane, because eventually a giant SUV came sailing past me on the right side, laying on the horn and giving me that certain meaningful finger.

Those who know me know that aggressive situations are not my forte. I was shocked and horrified at what I had seen. Didn’t that driver know I was a good person who was harmlessly driving in the left lane by accident? I couldn’t get the encounter off my mind for weeks.

Eventually, I came to realize that my experience was just a normal part of life: a rite of passage, if you will. Sometimes people just have bad days and have some interesting ways of expressing themselves. The same is true for social media; where some may choose to express their feelings with road rage, others may choose to rant on a blog post or pick apart a brand on Facebook or Twitter.

Really, it’s as plain and simple as that. As long as you have a social media presence, you can expect to receive some form of negative comment at least once. Whether you offer a product or a service, someone may stumble upon your page and choose to voice their opinion (even if it's coming from a troll and makes no sense at all) for all of your followers to see. Take a look at this unexpected comment on a recent Facebook post from BMO Harris: 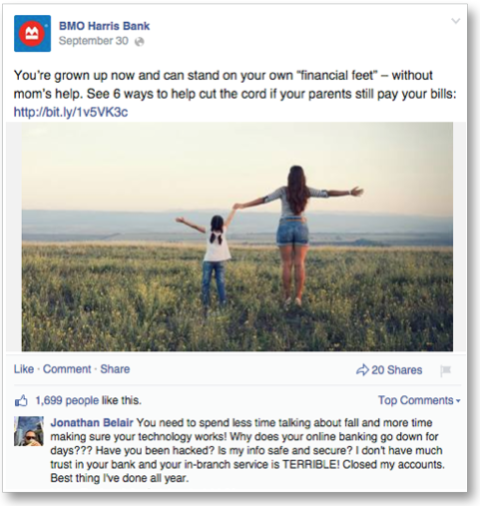 Hot Tip: It’s likely that your commenter isn’t trying to stage a personal attack on you or your brand, so try not to take negative comments personally. Instead, view negative comments as an opportunity to make things right and re-enthuse your followers by showcasing the positive aspects of what your product or service can offer.

You may be tempted to just strictly delete a negative comment immediately upon reading it – and you’re certainly entitled to do so, if you deem it particularly offensive – but, the truth of the matter is that negative comments deserve just as much feedback as positive comments, if not more.

Let your followers know that you take them seriously and have a legitimate concern in what they have to say and what they feel, even if your response is something as simple as “I’m sorry to hear that you feel that way, (Name). Please feel free to send us a private message if you’d like to discuss this further.” That little bit of outreach (and personalization!) will go a long way – not only with that particular commenter, but with the rest of your followers who will see that you chose to respond instead of just ignoring the comment. Take a look at the great job OXO does in handling the negative comments, and delighting their customers while they’re at it:

Hot Tip: Your responses to comments (especially negative comments) should be timely. According to a recent study by Lithium Technologies, 65% of Twitter users expect a brand to respond in less than 2 hours. Try to respond to your commenters within at least a 24 hour time period. Did you happen to notice OXO's impressive response time above?

Rule #3: Take some time to gather your thoughts before you respond to negative comments.

Don’t give a knee jerk reaction immediately after reading a post or comment. Rather than responding to a negative comment out of anger or frustration, take a moment to craft a thoughtful response that will prove to the commenter (and everyone else reading) that you care about them, value their opinion and truly want to give a helpful response.

If you have multiple people commenting on a simliar situation, try to avoid responding with the same exact message to each commenter. Check out Time Warner Cable's very obviously copied-and-pasted responses to some customers who were experiencing an outage during a recent college football game: 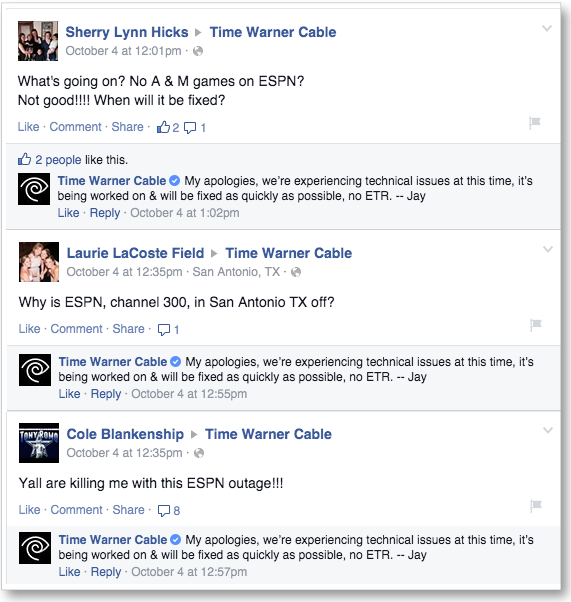 Hot Tip: If your situation requires you to respond with similar responses to each comment, try to include each commenter's first name in your response to them to provide a bit of personalization instead of a generic response.

Sure, handling negative comments isn't the icing on the social media cake, but if you keep in mind these 3 ground rules for dealing with such comments, it'll be a little easier to handle! 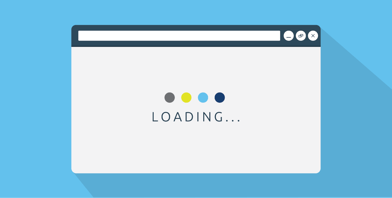