Are You Maximizing The Shelf Life of Your Social Media? 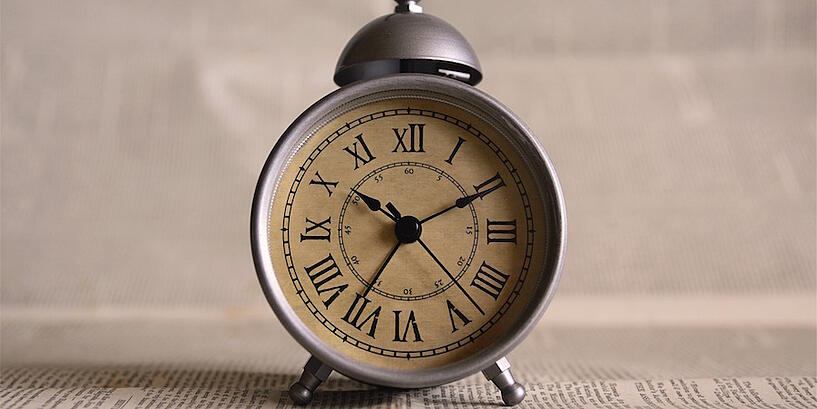 In part one of this two-part series, we’ll run down the average shelf life of social media posts. Check back next week for part two, which will cover the basics of how to compose a social media post that will outlive its expiration date!

I remember taking my alma mater’s first-ever “Effective Social Media for Public Relations” class three years ago this spring and learning the cutting edge ways to incorporate social media into public relations and marketing strategies. I’m sure the curriculum has been adapted for changes over the past few years, but the one statistic I had drilled into my head was that the average “life” of social media posts was 24 hours on Facebook and 12 hours on Twitter.

As I said, a lot can change in three years; in fact, those life cycles seem downright ridiculous to me now. Facebook, for one, has changed their algorithm so much that the average user only sees 20% of the approximately 1,500 posts that are available to them on any given day. It’s easy to assume that all of your fans and followers will see your posts, but who’s to say your Facebook posts aren’t DOA?

Since social media is constantly evolving and growing, it’s critical for any marketer or social media manager to have a full understanding of the shelf lives of average social media posts to make sure they’re getting the maximum exposure and reach out of them. Let’s take a look at some cold, hard facts:

Most recent research suggests that the average Facebook post now expires within a two-to-five hour time range. Since Facebook introduced its EdgeRank algorithm to decide what gets displayed (and how high it appears) on each user’s News Feed, the typical life of a Facebook post has decreased. Research shows that after just two-and-a-half hours of being posted, 75% of the post’s impressions and reach will have been made. Similarly, 75% of the engagement on posts happens within the first 5 hours of posting.

According to Moz, the prime lifetime of the average tweet is really only 18 minutes. Since the volume of overall tweets per second is so high (5,700 tweets per second on a typical day, according to Twitter’s blog), tweets are more likely to get drowned out by the flood of newer tweets that come in so rapidly after the first 18 minutes of publishing.

Since LinkedIn is a much more focused and professional social media platform, posts tend to live a little longer on LinkedIn than they do on Facebook or Twitter. LinkedIn can be a little tricky, though, because a post’s actual shelf life truly depends on the size of each user’s network of connections. Generally, personal statuses tend to have a shelf life of a full 24-hour period.

You may feel compelled to increase the consistency of how often you publish your social media posts since their shelf lives are so perishable. There’s a pesky little question that’s probably on every social media manager’s mind: how often is too often to share with your followers/audience?

A lot of people have differing opinions on what the best practices for social media are, and unfortunately there’s no real rulebook on it. Generally, however, it’s best to avoid becoming an annoyance to your fans or followers by over-posting. Instead of going on a posting-spree, do some research on your buyer personas (if you haven’t already) to find out when they’re likely to be spending time online and focus on posting during those peak times.

Additionally, one of the best things you could do is to make it your mission to create an “evergreen” post – one that is continually performing and drawing people back to your site. Crafting a post that will continually be shared on social media is a surefire way to get maximum exposure and garner engagement with your audience. Stay tuned next week for pointers on creating a post that can stand the test of time!

Why — and How — to Identify Your Best Sales Prospects