LinkedIn Groups Are Now Private — What This Means for Marketers 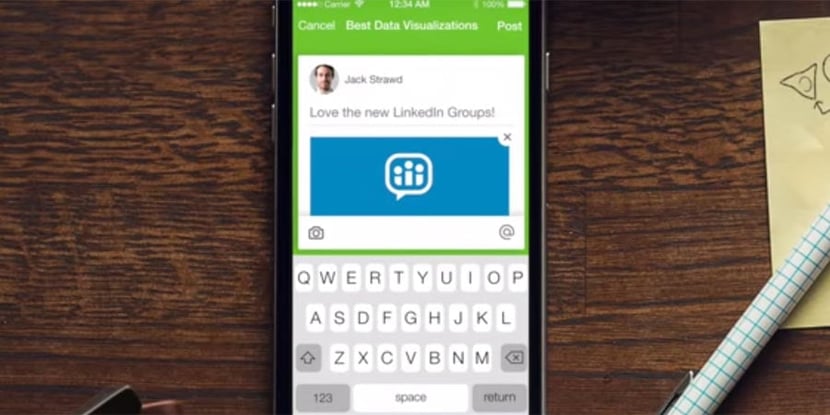 Have you noticed something different about your LinkedIn Groups lately? You might want to log in and check it out. Just this past Wednesday, LinkedIn launched an update that made all Groups private, and the platform also announced a standalone LinkedIn Groups app for iOS users.

The new changes will make it easier for users to find and engage in high-quality conversations with other Group members, and the private Group settings will help eliminate some of the spammy posts that have plagued LinkedIn Groups for the past several years. It looks like it’s going to be a big step in the right direction…

But what does this mean for marketers?

Since bursting onto the scene in 2004, LinkedIn Groups have served as an online gathering place where professionals could connect and talk with other like-minded professionals about just about anything. From financial investments to marathon training tips, or just discussing the best way to become compliant with a new government mandate in their industry, LinkedIn Groups have long been one of the site’s most helpful features. That is, of course, until they started getting abused.

As the popularity of LinkedIn Groups grew, so did the number of users looking to exploit them. While many users kept using Groups for their intended purpose—an online open forum for professionals to make genuine connections and discuss their interests—some marketers and salespeople started using LinkedIn Groups for all the wrong reasons: as targeted advertising platforms for their branded content. Rather than joining a Group to make connections with other members or add insightful comments on relevant topics, they simply joined so they could share their blog articles in front of an audience of their target personas. More and more eager users starting following their lead, and soon LinkedIn Groups were overrun with these self-promoters.

When users log into the standalone Groups app now, they won’t be distracted by all the articles and updates in their feed, they won’t be tempted to manage their Company Page or personal profile, and they won’t be able to search for new jobs. The only thing they’ll be able to use the app for is browsing for and interacting with Groups, which should attract an audience of users who genuinely only want to do just that. It’ll be easier than ever to spot any shameless self-promoters, and when you do, you can make sure they don’t come back.

While this drastically changes the way some people approach LinkedIn Groups, it really is for the better—even for marketers and salespeople. You’ll still be able to make valuable connections that can turn into leads; in fact, you might even make more now that you don’t have to fight through the riff raff to have a good discussion. To help you make the most LinkedIn Groups and get adjusted to the proper etiquette, here are the 4 Golden Rules for using the new LinkedIn Groups:

Rule #1: Only Join Groups with the Intention to Add Value

In the old LinkedIn Groups, it was obvious that many Group members were only there to share their company’s content. In the new Groups, however, this won’t fly. No one ever went to their Group hoping to find a bunch of people promoting their brand, after all, and even more so now. When joining a Group, make sure you ask yourself what insights you can add to other Group members’ conversations. Would your opinion be helpful and relevant to the topic at hand, or do you have to force or stretch it to make a connection? If what you have to say is just going to be shrugged off as irrelevant or unhelpful (or ignored for being too sales-y), sharing it will only hurt your reputation within the Group and lower your chances of making any connections. Be as helpful and insightful as possible when contributing to Group discussions, and let any leads come as a result of simply being a friendly, helpful thought leader and connection.

One thing that was characteristic of the old LinkedIn Groups was people joining a Group, immediately jumping right in and posting a branded blog article, and then leaving right away to go do the same in another Group. These types of drive-by promoters didn’t take time to interact with anyone or get a feel for the Group’s voice and rules, they just wanted to get clicks and eyes on their content. If you want people to take you seriously and respect what you post now, however, it’s important that you demonstrate that you aren’t just there for self-promotion. Before you share anything—even if it’s just a relevant news report about something in your industry—make sure you add a few comments and jump into a few discussions beforehand so people recognize your name and don’t treat you like a stranger just looking for easy promotion opportunities.

When you eventually feel like Group members recognize you well enough to respond to your postings, it’s important that you share your branded content sparingly. No one likes a narcissist, so make sure you share a few third-party posts before ever sharing one of your own. When you do end up sharing your own content, however, make sure you do it without being outright promotional. For example, let’s say that a previous discussion in the Group inspired you to write a blog post. When you come back and want to share the post with your Group, try using a lead-in that goes something like this:

“After our lengthy discussion about the new federal policies last week, I couldn’t but think about all the different ways it will affect our operations at Acme Corp. I know some of you expressed similar fears when we were talking last week, so I thought I’d share my blog post talking about all the different things companies should be expecting. Let me know what you guys think, specifically about dealing with Article IV!”

With an approach like that, you make it clear that you aren’t trying to sell anything; you’re just looking for feedback or more discussion around the topic. Now people will actually read your content, as opposed to just brushing it off as annoying and self-promotional.

Because forming authentic connections is the best way to generate any leads from LinkedIn Groups, many members will be eager to connect with other members in your Groups. Just like you took your time before making your first post, however, you should also take the time to try some lighter social interactions before sending a connection request. Comment on or like one of their posts, respond to one of their comments on another post, but whatever you do, don’t just go around sending connection requests to people you’ve never interacted with, because that’s just creepy. If you take the time to build a genuine connection with someone, they’ll be more open to discussion outside the Group, where you can try to attract them towards your brand and services if, and only if, the opportunity presents itself.

If you’ve been using LinkedIn Groups exclusively as a self-promotion tool for your company, these new changes will hopefully provide quite the wake-up call for you and your brand. Likewise, if you’re hoping to continue using LinkedIn Groups as a primary way to generate leads and get eyes on your content, you should probably just stop wasting your time, because you won’t get anywhere with those cheap tactics any more. The only leads marketers and salespeople should expect to earn from LinkedIn Groups are the ones derived from having genuine interactions with other Group Members, and those aren’t leads you can just earn by doing drive-by promotions on your various Group pages. All good things come with time, so take the time to build a rapport within the Groups you're in, and you just might be lucky enough to do business with some of your new connections.

To learn more about the updates to LinkedIn Groups, as well as the features of the new app, you can catch all the details on LinkedIn’s blog. See below for our now not-so-complete guide to LinkedIn Groups! We'll be updating it accordingly.