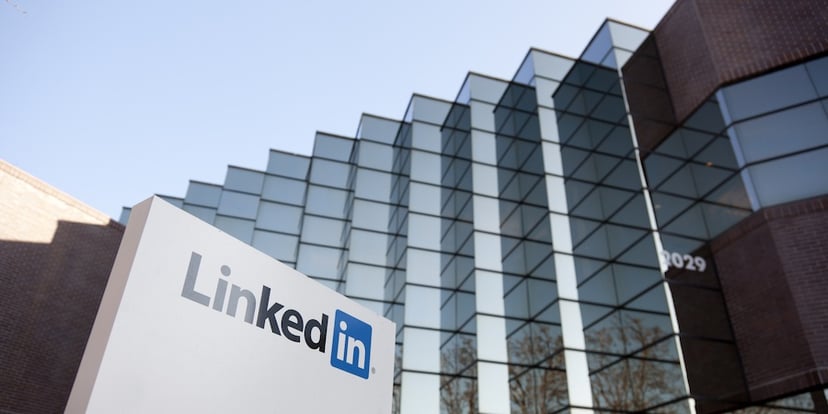 A few months ago, LinkedIn made headlines around the world when Microsoft bought the professional social network for a cool $26.2 billion—the largest acquisition in Microsoft’s history. At the time, people weren’t exactly sure what prompted such a major move from Microsoft, but we speculated that it would help make LinkedIn the leader in social selling. That being said, fast forward to today, and our social selling prediction is starting to come to fruition.

If you haven’t been following LinkedIn closely since the acquisition, it’s easy to have missed the changes they’ve made in the past few months. While the platform and its features are still pretty much exactly the same as it was two months ago (minus a few updates), they recently acquired some smaller social selling organizations and put more emphasis on helping businesses use the network for social lead generation. They’re encouraging users to try Sponsored Ads more frequently, and they’re giving them more helpful direction on how to do so.

The writing is on the wall for a vastly improved LinkedIn social selling experience, and to help you see things more clearly, here’s a recap of their campaign, plus my biggest takeaways from it all.

A few weeks after the news from Microsoft, LinkedIn made some improvements to their Sales Navigator tool. With Sales Navigator, salespeople receive daily recommendations to connect with potential prospects based on a special algorithm. It originally integrated with Salesforce and Microsoft Dynamics CRM, but salespeople still had to manually identify which leads and accounts were most important. With the recent update, however, LinkedIn added a CRM Sync feature that makes it compatible with most of today’s popular CRMs, and they also set it to automatically import leads and accounts from those CRMs. They even added Gmail integration on top of it all, so users can use the Sales Navigator tool while inside their inbox.

Less than two weeks after making improvements to their Sales Navigator tool, LinkedIn acquired the sales presentation company PointDrive to help bolster their Sales Solutions. PointDrive helps salespeople develop and share engaging presentations that help seal the deal for prospects and customers. The whole point of social selling is using social media to engage prospects and turn them into customers, and acquiring a company like PointDrive demonstrates their commitment to that.

After seeing LinkedIn’s social selling campaign play out like this, these are my 2 biggest takeaways about the direction LinkedIn is heading:

Most of the businesses we talk to today are hesitant to pay for social media advertising, because you can “do your own advertising” on social media for free. As more and more companies start using social media, however, it becomes harder and harder for your profiles to get noticed and found organically. With this being the case, using paid targeted ads to reach your desired audience is often the most effective way to cut through the noise and ensure your message is heard, and LinkedIn is no different. On LinkedIn, however, the prospects you encounter will be professionals in your industry, and likely more sales ready than a prospect you encounter on Facebook, for example.

With LinkedIn upgrading their social selling tools, adding companies to improve their ad presentation, and having the knowledge and experience of Microsoft when it comes to analyzing marketing data—as well as more qualified prospects in your industry—NOT taking advantage of social selling on LinkedIn would be too risky for B2Bs. There’s no question that LinkedIn is already the most effective B2B social selling channel, and any improvements to their current offerings will only make it more valuable of a platform. This time, however, it’s to the point where you’ll have to do it if you want your social channels to produce consistent results.

Get Familiar Now, or Pay the Price Later

If your company hasn’t done anything with paid social advertising yet, now is the time to start learning. Ask your Page Admin if they’ve received any promotional advertising credits recently, as LinkedIn is trying to get people more familiar with their social selling features. The longer you wait to start doing it, the more you’ll have to learn later, and the further you’ll be behind your competitors. Figure out the nuances of targeting and writing a compelling ad, then run a couple campaigns to see what works best. You’ll be happy you didn’t hold out any longer.

Though it might seem like LinkedIn hasn't been up to much since their purchase from Microsoft, they've been very busy making improvements behind the scenes and getting everyone ready for the next chapter. Keep an eye out for any updates regarding their social selling, and don't be afraid to start implementing some for your brand.