PR for Demand Generation: Getting Noticed When You're an SMB 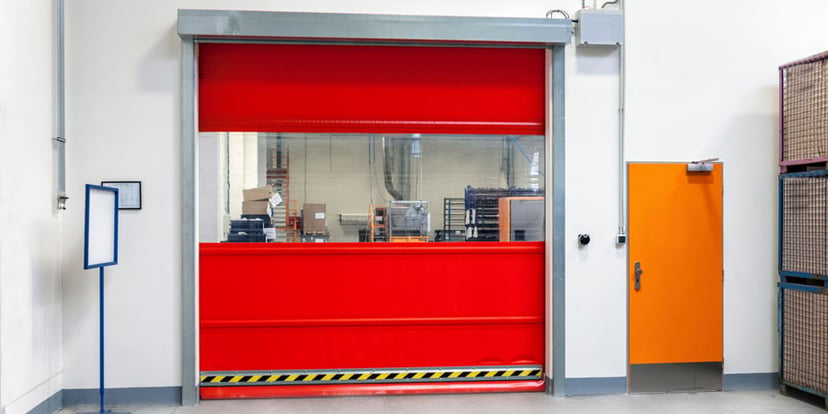 Kurt Kellogg and Mike Tich sold industrial style doors – Kurt was with a Minnesota distributor that carried the products from Mike’s company.

They kept hearing one thing on their sales calls with harried plant managers, “it would be great if someone could come up with a loading dock door that you could drive a forklift into it and damage without damaging it.”

That happened often, either by accident or on purpose. After dealing with this plea so frequently, Kurt and Mike drew up a back-of-the-napkin idea for a loading dock door that would release from its guides upon impact, preventing damage to the panels.

First of all, these guys were extremely aggressive at sales and never stopped thinking about new ways to present the product. Their tradeshow display was simple but catchy—an actual forklift would bash the door dozens of times a day. Their booth neighbors didn't like it, but the racket sure drew in curious attendees.

But they also used the trade press to get the word out to the mass B2B market.

Think about it. This company launched just before the advent of the Internet in the mid-90s as a tool for B2B. How do you make people aware of a new, previously unknown product when you’re limited by a shoestring start-up budget?

They got articles placed in the trade press and were just as aggressive about this campaign as they were with selling. In a couple of years their product was so well known that other, larger, companies tried to emulate their patented design.

This story illustrates one of the beauties of this trade press communications resource: editors don’t care what size you are, they care about what you have to offer the market.

Countering the “print is dead” argument, the inherent non-sequential format of a magazine means that as B2B readers are leafing through, ideas they aren’t really looking for can invade their consciousness and perhaps be just the answer they need to a nagging problem.

You Don’t Have to Be Big to Look Big

Given that the number of B2B companies is estimated at nearly six million, how does yours stick out? Turns out you don’t have to be a GE or a Siemens to appear in the trade magazines and build your reputation.

Of course, like everything, to be successful in getting your submittal picked up by one your industry’s leading magazines, it is all in the approach. Though a few trade magazines are fully staff written, tightening ad revenues are encouraging many publications to turn to the subject matter experts in their industries for content. So long as everyone plays by the rules, the readers are finding very useful resources for problem solving and doing their jobs better.

So, the number one rule is don’t treat your shot in the editorial section of the magazine as a glorified ad. Mike Hockett, editor with Industrial Maintenance and Plant Operation advises, “approaching an editor with a promotional article will likely get you ignored.”

A magazine serves two masters, their advertisers and their readers. Satisfying the former will not result in a readable product for the latter. Hockett stresses that the article should be educational and not serve as an advertisement.

Usually the best you can hope to receive from your labors in preparing a 1,200 word article is your byline and the name of your company, but the readers will thank you for it. How? By going to your web site to find out more about your company and, over the coming months, regarding you as an expert on your topic. As Hockett says, “once a company has shared a couple of good, educational (often how-tos) you start to establish your company as a thought leader.” 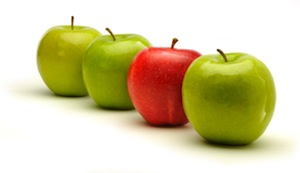 What Separates Your Company from the Pack?

And think about whose problems you have solved.

Case histories are favorites among readers. I was once told by a European colleague that case histories don’t work there because usually the decision-making is in the hands of one person regarded as the expert.

In the U.S., companies like input from the buying circle. Though a plant engineer might be working on a project he may have to interact with someone from material handling, the person in charge of the plant sustainability program and the safety director. Don’t forget accounting and purchasing.

The case history gives the principle buyer the ability to show all concerned where and how the product was used successfully. This also makes the job of your sales person easier when stopping by to make the call.

So in the marketing jungle where fleet footed smaller companies have to avoid being trampled by giant businesses, trade press can be the great equalizer. After all, when you get down to it, all your prospect cares about is who can solve their problem.

Keith Schmitz has a long-time career involved with getting his clients written up in scores of trade publications. Along with developing insightful content, Keith has walked acres of plant floors and job sites in pursuit of interesting client stories. For ideas on how to position your company in the trade press, he can be reached by clicking @krpr_inc.