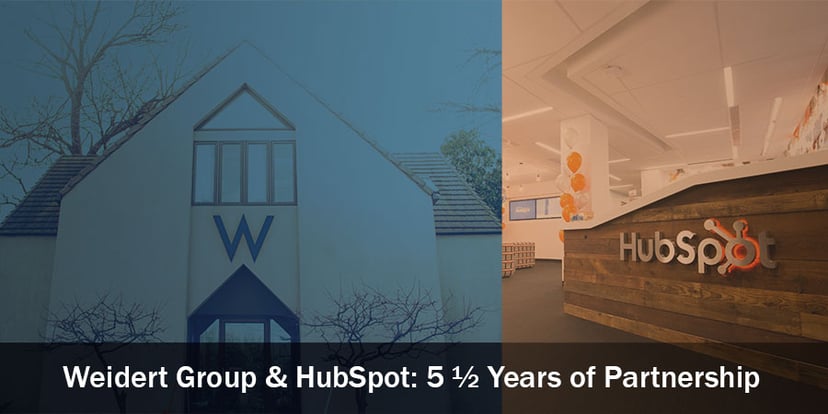 It was tough times for an agency like Weidert Group five and a half years ago.

The economic downturn—aka The Great Recession—was in full swing, we were fighting to stir up enough business to keep us afloat, and the marketing industry was experiencing some big changes with the acceptance and adoption of social media.

We jumped into the social media pool feet first and quickly began using it for our own marketing efforts, and soon leveraged it as a new service offering to our clients who needed guidance getting their own social media efforts going. This was the start of redefining our traditional marketing agency.

The true moment of redefining ourselves was when we discovered an up-and-coming marketing automation company in Boston at the time—HubSpot—who had also discovered us and began nurturing our president Greg via email marketing for their new agency partner program. We didn't know then just how close to HubSpot we would soon become.

The Decision to Buy a HubSpot Subscription

We vetted HubSpot for at least 10 months before buying our own subscription. We signed up for a free trial but failed to dedicate ourselves to getting the most from the trial, so you can imagine our results weren't too inspiring. It wasn't until after some steady sales nurturing from HubSpot that we got more serious, but with limited agency cash flow our president, Greg, still was having concerns with taking on the expense of a monthly subscription.

Then it happened. Greg woke up in the middle of the night in a panic, thinking "what if one of our competitors signs on with the HubSpot software and inbound marketing methodology first". We'd be playing catch up versus being the trailblazer with the head start.

That very next morning Greg made the decision to purchase our HubSpot license with his own personal credit card, with the faith that it would pay for itself. Now was the time to begin our official agency transformation and dedication to learning the ins and outs of inbound marketing – a relatively new concept at the time.

We had already been blogging as an agency, well sort of, but now was the time to get serious and really commit. We started publishing every business day and never looked back. We had already begun to figure out the social media end of things but now we had more original content to actively share.

It didn't take long until we were seeing the results with our website traffic and started to convert site visitors into leads.

We then found ourselves in a client meeting, presenting a very traditional marketing plan, when they stopped us and said they were looking for something new. They had tried all those things before. That's when we naturally went right into a discussion on inbound marketing, and they were sold. We verbally sold them a HubSpot license in the same meeting, even though we weren't an official HubSpot Partner yet. That was the moment that convinced us we wanted to be a HubSpot Partner agency.

I think anyone on our current team who was part of the early beginnings of us becoming a HubSpot partner would agree it was one of the best decisions we ever made. We quickly saw how invested they were in our success and helping us develop a more dependable business model.

We also began to experience what an amazing new network and family of other similar agencies we had joined, and the refreshing mindset that we could all help each other grow versus compete with one another since there was plenty of pie to go around!

In the fall of 2012, Greg and I made our first ever trip to HubSpot's INBOUND conference in Boston. This was truly a life changing event for me (and I'd say for Greg too!) that extended over three days. Not only were we immersed into the core of the growing inbound marketing movement with over 2,800 other attendees, and an amazingly talented lineup of speakers, but we were officially welcomed into the HubSpot Partner family.

Our first night in Boston we had the honor of being part of a dinner reception with a room of over 100 people from HubSpot Partner agencies across the country, and a few from other countries. I'll never forget sitting down at our table and during introductions, when Greg explained we were from Weidert Group, one of the other HubSpot Partners at our table was star struck. He admitted his agency had been studying us, and as he put it, "We want to be you guys when we grow up!" We were honored to already be inspiring other new HubSpot Partner agencies.

That also was a special night since we received an award for Happiest Customers, since our clients had an amazingly high Customer Happiness Index (CHI) in their first 90 days as a HubSpot customer.

We haven't missed attending an INBOUND conference since 2012 and we continue to form new HubSpot Partner relationships every year we attend. 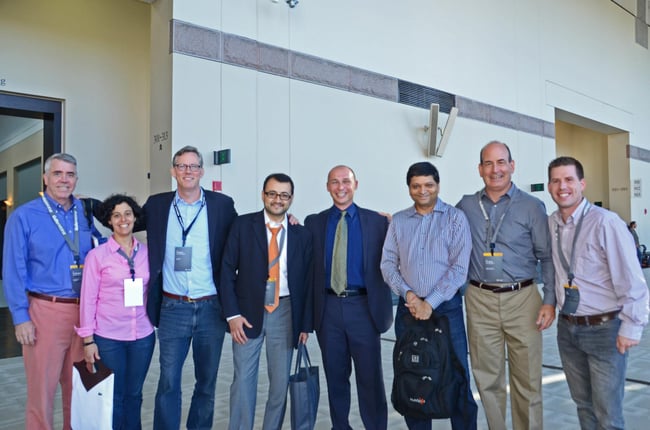 Not only has our agency more than doubled in staff and annual revenue since we began our journey, we've seen HubSpot grow from a startup to a public company – which some of our team owns stock in!

From our first INBOUND conference in 2012 with roughly 2,800 attendees to last year's INBOUND conference that had close to 15,000 attendees, we've seen inbound marketing become a movement pioneered by the remarkable team at HubSpot. And they've brought us along for the ride, helping support us at every turn.

The HubSpot software in that time has advanced beyond anything we could have imagined from the first day we created our first logins as a team, and their product development team continues to wow us with new features and updates every month.

We also have been honored to achieve Platinum Partner status with HubSpot, which is a collection of some of the best HubSpot Partners in the world.

It's been an amazing ride that has transcended our business to a whole new level and we continue to look forward to what's next as HubSpot continues to redefine what's possible in the world of inbound marketing and marketing automation.

Frank has been key to establishing Weidert Group as an inbound marketing leader over his 10+ years with the agency. He has a knack for using technology to amplify smart marketing strategies, and a deep knowledge of SEO and content promotion, exceptional project management skills, and a thorough understanding of HubSpot's marketing and sales products.